Rested, the group of pilgrims gathers on the Saturday morning beneath the vast presence of Bamburgh Castle. The castle was restored to its present glory by the 19th century munitions entrepreneur and inventor William Armstrong. Lord Armstrong bought it from the Crewe trustees in 1894 for the sum of £60,000 – a fortune then. He went on to spend a further one million pounds creating an iconic English castle which would be used as a convalescent home for ‘well educated people who had fallen on hard times’.

Armstrong’s descendants still own and use Bamburgh Castle, though they have other dwellings. too. They are very much a part of Northumberland’s life and social hierarchy. 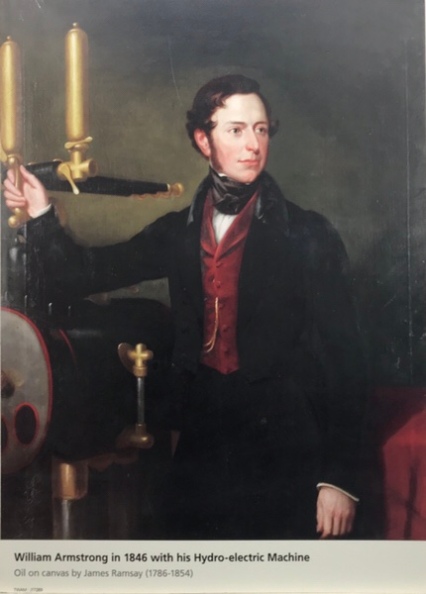 The portrait above was painted in 1846 and hangs in the museum within the castle walls which is dedicated to his work.

But we are not here for history. We are here to engage with the now