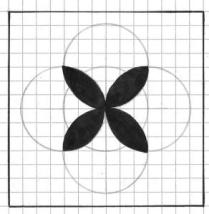 … “Ah, you’ve left the matrix in this time, that’s good,” says Ben, he pauses, “Why sages?”
“You would regard Christ as a sage would you not?”
“I would indeed.”
“Christ is often pictured in a Vesica.”
“It is meant to represent the perfected aura I believe, or at least the aura of the perfected man.”
“So if we have ‘seats’ and we have ‘sages’ which in the text we assuredly do, then the vesicas are, as like as not, the sages…”
“These vesicas though aren’t at all Christ-like.”
“No, the Christ vesica is formed by the intersection of two circles. These on the other hand are formed by three. Sage leaves are also shaped like this as are many exploded seed pods.”
“Okay,” says Ben, “that’s very interesting, and the teaching?” … 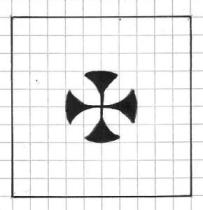