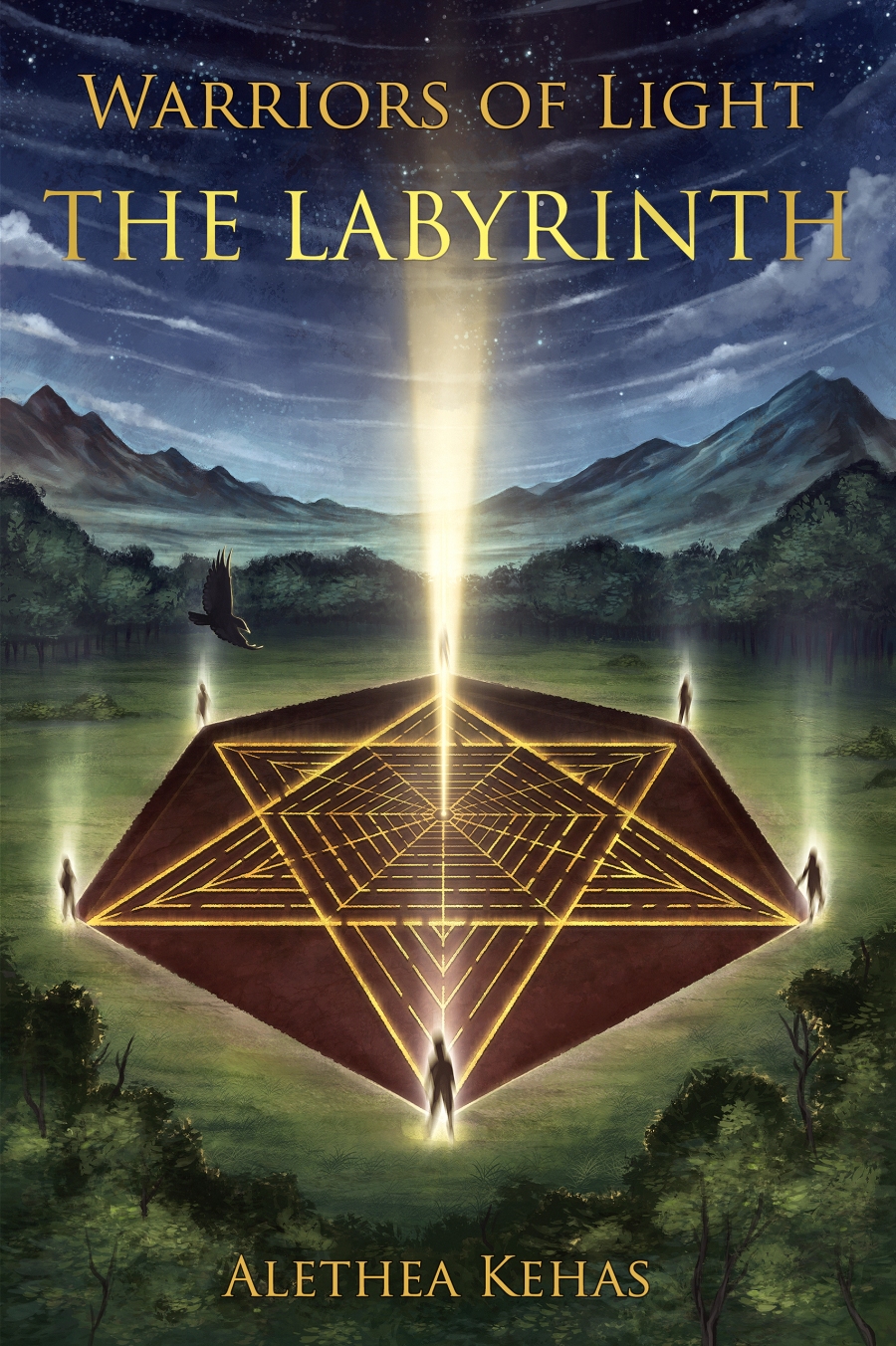 Now available in print and Kindle!

It seems fitting that I am sitting looking out on Lake Merrymeeting while I write this post announcing the release of my newest book, The Labyrinth, Book 1 in the Warriors of Light series. Lake Merrymeeting holds a special place in my heart, as does the man who introduced it to me. I met the man when he was still a boy. We were both seventeen and spending six weeks of our summer at St. Paul’s School Advanced Studies Program (ASP). I was studying biology, and he, ecology, but our eyes were drawn together at a dorm meetup on the night of July 4th 1991. We were married eight years later on July 17th, the day I hit the release button for The Labyrinth.

Dave and I had our first date at St. Paul’s library four days later. While he reviewed my biology homework, I reviewed his English essay about his favorite place, Merrymeeting Lake. “Maybe you can go there with me someday,” he smiled shyly.  Anything seemed possible that evening, but I never imagined I would be writing my own story one day inspired by this beautiful lake in New Hampshire.

Perhaps I was thinking about the day I met Dave at the ice cream social when I wrote this passage:

When Dell’s eyes made their way to the front of the line, they stopped at a tall boy her age wearing a navy-blue baseball cap that covered most of his hair and shaded his forehead. He was paying for his cone, and as he turned away from the window Dell watched him lick his green ice cream, then lift his eyes to meet hers.

“What are you looking at?”

Her mother’s words broke the energy that held her gaze to the boy’s. In those few seconds, Dell had forgotten everything but the color of his eyes. They were like the flaming sun in a cloudless sky. They were like nothing she had ever seen before. (The Labyrinth, Chapter 2)

Dell was waiting in line at “The Bubble” when her eyes met those of the mysterious boy. A place inspired by an actual ice cream shop with a similar name in downtown Wolfeboro. It is popular with my children and many other summer residents. As the “oldest summer resort in America,” the town of Wolfeboro is rich with history.  And that name seemed to want to be used, unchanged in the pages of my book… perhaps, in part, because of  the character Lupe who likes to roam the hills around the lake…

A bit of an cynic, Lupe believes most poeple are driven by greed and a lust to be better than everyone else. He prefers the realm of night, when most people are asleep. In some ways he’s a sharp contrast to Dell, who is quite comfortable in the daytime and loves the water.

Is it Lupe Dell sees at The Bubble, or is it Shesha, who is quiet, mysterious and brooding? Shesha lives on the north side of the lake, but has never encountered Dell, one fateful summer…

or is it Ari who catches her gaze? Ari, who is best friends with a girl named Sula, who likes to read in the embrace of evergreens and prefers books over most people.

Each of the three boys has eyes that seem to see beyond the surface, but then again, so do the three girls…

Aponi is expectionally beauitiful, but she doesn’t seem to notice how she stands out. Instead her troubles are deeply rooted within. Her mother’s life is in danger, and so is the Mother Earth’s. Aponi has known since she was a small child how intricately linked her mother’s body is to Earth’s, but she didn’t know she’d soon meet five friends destined, like her, to save them both…

These are the six warriors of light whose stories come together in a broken maze they follow in their dreams. It is a fictional fantasy, but also a metaphysical guide intented to help children of all ages embrace their gifts and a greater understanding of Life.

To order your copy of The Labyrinth in print or Kindle, please click here.