During the Silent Eye’s annual workshop this April, we engaged in a discussion about fear. There was, I believe, a general agreement that the ultimate fear most people, if not all, harbor is the loss of the individual as a separate entity. We fear the obliteration of the self as we know it, because we learn to believe that there is a self separate from the Source that is all things. How can the self be separate, but whole? Or is the self that is separate really whole? The illusion of separation allows us to feel special and different from other living beings. It feeds the ego’s ideal of superiority, or at least a sense of uniqueness. 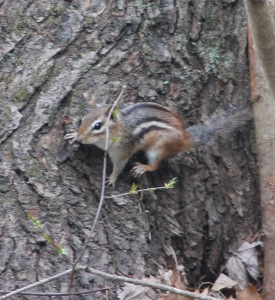 The other day, while walking in the woods back in New Hampshire, I thought about how what we fear the most is also what we most long for. It is ironic in some ways, but it also makes perfect sense at its essence. The example of the loss of self in the form of a part of the body came to my mind. I thought about the phenomenon of the phantom limb, which is felt by the body it once belonged to, and still does, in essence. For the reverse is also true, as seen with organ transplants. Patients who receive foreign hearts, for example, often experience personality characteristics of the donor after the transplant. The cell always carries the memory of its home.

A home that extends, ultimately back to its source. Our bodies, made from the elements of Earth, carry the memories in our cells of their origins. Our souls, in turn, have a memory of the Source of All. We carry within us the memories of both as home, and all the “homes” and “mothers” that we experienced throughout our lifetimes. Which leads to the longing of the self to return to that union, even though we become somewhat used to the idea, or illusion, of separation. Confusing that longing with something else.

By nature, birth leads to a physical separation from the “mother,” until death brings us back to the source from which we came. Usually, but not always, the parent experiences death first. The body returns to Earth. The soul returns to the Divine Source. Then the death of the child follows, and so on, in this continual cycle of life and death. We really don’t know, with certainty, what unity after death is like, which was also discussed during the workshop. The experience is, at least by most of us upon our birth, largely forgotten. If we remembered it fully, would we really want to be here to experience separation? Even with the knowing that everything, ultimately, returns to its source?

And why are we so often disturbed by this cycle of life? One only needs to look to Nature to see how life is recycled over and over again. Before the workshop, I had a discussion with Sue, one of the directors, regarding this concept. In a series of vivid and troubling dreams about fears, I had dreamt of being in a laboratory filled with women who were taking human bodies, including their own children, and digesting them in a vat of juices where they were broken down and then injected by tubes into their own bodies. As Sue reminded me in my journal, this is not unlike Mother Earth, who recycles, or re-ingests, her children in a continual process of life and death. It can be a disturbing concept, but we are all a part of this cycle. In order to “live,” we must consume life. When we die as individuals, our bodies will be returned to the earth, eventually, even if we delude ourself by placing the dead in sealed coffins. The parts, once again, broken down by their source to be rebirthed into new life.

Everything always returns to its source. And, everything, I believe, longs to return. We carry with us, even if we do not fully remember it, the memory of “home.” Yet why do so many of us strive for separation, as though it were an ideal? It is an empty endeavor, which never leads to fulfillment. A fact that is so glaringly apparent right now in our world rife with war and discrimination of the “other.” Energy spent toward division, rather than union, takes much effort and is always premised upon fear.

How easily we allow ourselves to forget, and fight against even, what we truly are. There is no need to be a twin to know unity beyond the self, or have a “soul-mate” in the form of a lover, even though some of us harbor a belief that there are connections between living beings that are deeper than others. Connections that speak of a one-self instead of a separate self. Perhaps we are not here to learn what it feels like to be separate, but what it feels like to be separate and still whole. To see the self in the other in recognition, even if the other appears vastly different from who the self thinks she is. 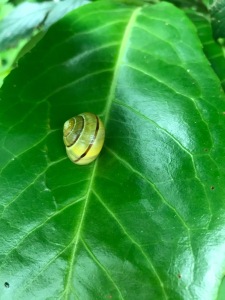 16 thoughts on “The Re-Cycling of Life”