I have been losing my identity in my dreams. In the span of multiple nights, I have lost my wallet, my car, and my home. I have also watched, as a bystander, horrific scenes of destruction of life and the human form breaking down. Most nights I feel as though I have barely slept. One vivid scene after another tumbles me awake, yet instead of feeling tired, I feel acutely alert as though there is no separation from day and night.

It’s impossible to escape what is happening in the outer and inner worlds, and I know I am not the only one who is feeling the call to let go of what I once held close. Two nights ago, I found myself back at Bowdoin College, my alma mater. I’m here again? It’s not the first time I’ve returned, reluctantly, in the land of dreams. Once again, I felt the pull to reinvent myself.  To learn something I did not learn before.

This time, I pulled on a pair of too-big jeans that did not belong to me, and made a messy attempt at hemming them. Still, I wore them as I swung my limbs into a dance in the full light of the sun, amongst my peers, before I dug a hole in the sand and hopped into it. A half-hearted attempt at rebirth before I emerged to find my way back home.  Strange, I thought as I tried to find my apartment, I know how to get there. How could I be lost?

But sure enough, the landscape as I had known had changed. I could not find my way back to my apartment. The more I struggled with fear, the more the scene before me grew into one of congestion and confusion. Finally, I entered a doorway I was drawn to, and a vast museum unfolded before me. Each footstep brought new mysteries. I didn’t know where I was, but I didn’t want to leave. Well, not really. Despite the endless wonders before me, there was still the voice of fear nagging to find that place I was used to calling home.

Last night, I was back at college. It was not Bowdoin, though, but a new college by the seacoast. I drove there in my blue car and found myself pulled into the  confusion of where to park it. Vast lots loomed before me, and I finally chose one that was raised on higher ground. The alarms rang out while inside the new-to-me buildings. The waters are rising! I emerged to find the land being swallowed by a pale green sea. Half in awe of the power of its force, half desperate to find my blue car, where my wallet was locked inside, I ventured out into the chaos. Confusion and panic took hold as I searched for my blue car while green waters rose around me. Only to find that it had been lost, somehow, despite its elevation, to the sea. Mysteriously, the waters had swallowed my car and left the others beside it. Gone was my ride home, along with my identification cards trapped inside.

I wonder how many people are having similar dreams? Different scenes playing out the same calling for rebirth? Or perhaps the calling is more acute in the reality of daytime. This near-shouting, silent, incessant voice that urges the self as we know it to give way to something new. To something closer to the true self…

Before the virus took hold of our world as we know it, a children’s story poured out of me. I am calling it Joy’s Room. I thought I was writing it for eventual publication. You know, the traditional kind, because I have already grown weary of self-publication. I wrote it and let it sit, until the virus took hold and Joy’s Room began to pester me with the call to reinvent a reality I wanted to cling to.

As Joy’s Room tugged at my shirt sleeves, yoga began jack-hammering the foundation of my home. The place where I had been physically holding my yoga classes. I felt, as many are feeling, that I had no choice but to embrace a new way if I wanted to continue to grow instead of wither. And so I began the stumbling dance into virtual yoga for my adult classes and creating videos for kids. Vanity has been forced to take a backseat as I step in front of the screen and bare myself. The impulse to redo, rejected. Flaws accepted, even embraced, as I give way to the unwrapping of Joy.

Yes, Joy.  For I have discovered joy in the process. I cannot help but feel it as it takes hold of me, albeit with some guilt. It seems, in so many ways, “joy” is a word that should not be uttered at this time, but how can it be denied when it is calling for us to embrace it? Amid the struggle against death, life is offering us a chance for rebirth the likes of which many of us have never experienced before. An individual and global rebirth. It feels like a test as well as an opportunity. In part (perhaps mostly) of our own invention. It would be foolish to deny the cries of our planet any longer. More than half a century ago, we we knew the lifestyles we were rapidly creating were not globally sustainable.

Tragic, in many ways, but also beautiful, is this breaking down to begin anew. To recreate the self, and the whole, in a more sustainable way. To rewrite the script that is life on Earth. Already, we are changing. Hearts that were closed off, are opening as Fear struggles with Life. The Wheel of Fortune is in our hands. We can turn it forward, or in reverse. The cards are stacked before us for us to reshuffle and deal. The hands of fate, our own. We may feel helpless, but that is the old voice of fear speaking. The familiar tendency to be the victim and not the hero of our stories/story.

Now more than ever, perhaps, we are being asked to turn inward and listen to the wisdom of the inner Hermit. To heed the unspoken words that whisper truth beneath the shouts of fear. The Hermit is offering us rebirth. To bring the Fool’s Journey into the Land of Joy. To stand before our own future with the fortitude of the Magician that also resides inside each one of us. Alchemy transmuting fear into love. Death into rebirth. 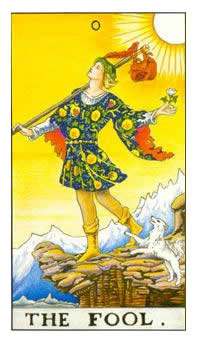 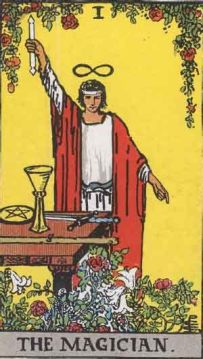 This is not an easy journey, as we are witnessing. And there is the feeling that the more we resist rebirth, the more physical death and turmoil will occur. There is the feeling that this will persist as long as it takes. Yet, Joy’s threads weave a constant, unbreakable strand of gold through each of our hearts. Their tensile strength stronger than fear. While fear works towards separation, Joy dances to the song of unity. We are all in this together.

Join 2,531 other subscribers
Follow The Light Behind the Story on WordPress.com