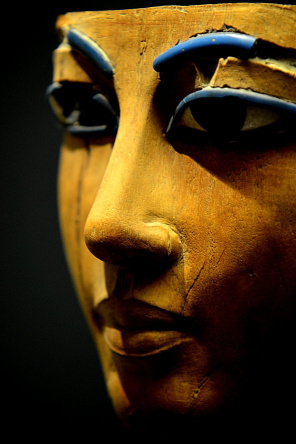 “We, like the earth, arose from the Waters of Chaos. A point of Becoming in the potential that Became. It was all there… everything that is, was and will be… all that might be… in that single moment; complete, yet eternally unfolding.

Before we were, there was only Nun, the Inert One. A current of possibility arose in the watery abyss of sentient potential, born perhaps of awareness, and a bubble was formed in the nothingness that was All.

Our children remembered, somewhere deep in their being and, not understanding what they knew, they looked at their world and found parallels in their landscape of flood and desert. They told how the first land had arisen as a sacred mountain from the waters. Some said that upon that land a Child had been brought into being, others told of a flower, or a bird, but…