We followed the signs for Dunvegan Castle, ancestral home of the Clan MacCleod. Even if we wanted to wander a managed castle, we knew it would be long closed by the time we got there, so instead we found ourselves a parking spot overlooking the calm waters of Loch Dunvegan and raided the cooler for our newly acquired sandwiches, yoghurt and honey.

We did drive down to the castle, hoping for a glimpse of medieval splendour, but the place was obscured by trees. Built on a promontory that looks over the loch, Dunvegan has probably been a fortress since the Norsemen settled here. There is no trace of ancient habitation now, though, for the site was chosen by the MacCleods to be their principal seat in the thirteenth century and the castle has evolved since that time. 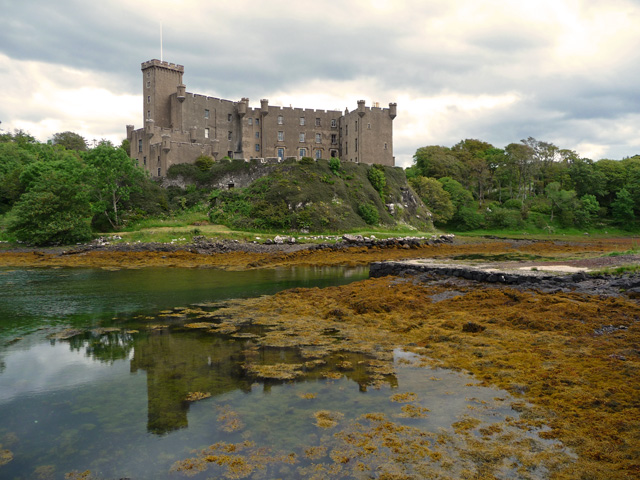 The Clan descended from Leod…