It was one of those moments. Perfect for a storm you might say. We all know what they are like, the energy around you and within you becomes electrified and seemingly fueled by a power that is not entirely your own. It could have been me, or anyone else for that matter, but last night it was my husband who lost his temper, his voice raising in response to my son’s actions. I sat in the the eye of the storm, observing what was going on around me and within me. I felt the shake of my cells as they churned memories from childhood when I was in the position of my son. And I felt fear strip bare the child-self as I breathed into my own reaction. A voice raised in frustration and anger toward a child, I reminded by husband, and our children who were our audience, is never an effective means to an end. Or, for that matter, I thought later while sitting in meditation, is it a solution for any situation. 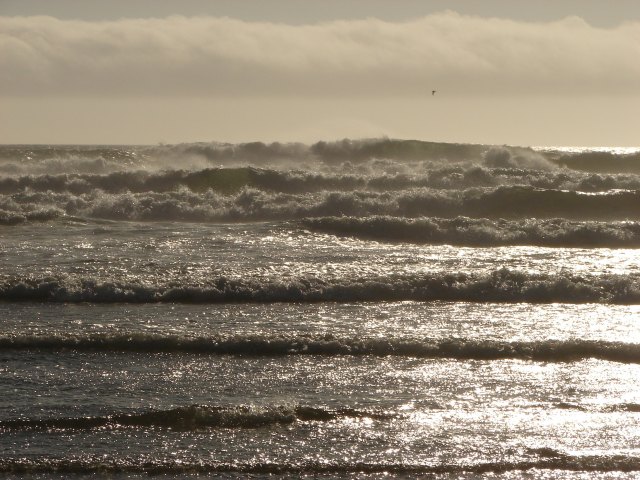 An image of our president came into my mind, followed by a myriad of ways aggression is used to try and rule and over-power. It is never effective. Aggression, which is always fueled by fear, takes a lot of negative energy, which always must be replenished by more negative energy. It breeds the fear it is fueled by, and it always offsets harmony.

We all have the extremes of polarity inside of us, but we can each choose to react and carry out our lives with either fear or love. Why choose love?

Because ultimately, it is the only path. It leads to harmony, both within and without, and also freedom. It leads to joy and unity, and it is an effortless, limitless source of energy that never diminishes. We may think love is weak, but there is nothing stronger.

While sitting in meditation, I suddenly felt my third eye expand into the infinite of the golden light that can be called love. It spread down into my heart center, where it expanded into a pure love consciousness. In this open heart space of consciousness where only love exists, I began to see the world through the eyes of love. The seemingly impossible becomes possible when we exist in this state, even for a short time. There is no longer an other, which one may perceive as an enemy through the eyes of fear, there is only the one. Each being becomes an aspect of your own self, and all exist in the powerful, yet grace-filled state of love.

Here forgiveness is not only possible, it is effortless. One looks at another, and sees a mirror of the self, which is no longer hidden. Instead of reacting out of anger or unfiltered fear, one can only be love. The expansion, the giving and receiving of love, is so effortless, it is like the fluid harmony of water in a vast, ever-expanding sea. Anything and everything appears possible, because it is possible. Even the once perceived enemy becomes a friend, because all barriers are broken down. The other becomes you, and you become them, and the impulse to divide becomes an impulse to unite.

In this golden state of love consciousness, I felt devoid of hate and fear in all forms. Each aspect of the “other” was brought forth as a mirror, and my own impulse was to send back love. Pure, unfiltered love, even to our president. And in return, I felt peace.

One thought on “Why love?”